The attorneys at Thorn Law Group are well-prepared to defend individuals and businesses charged with serious tax crimes and white collar offenses.  We are a skilled team of criminal tax lawyers with decades of collective experience representing clients in Virginia and across the nation in a broad range of criminal matters, including cases where the government has alleged the existence of a criminal conspiracy.

A criminal conspiracy is an agreement between two or more people to perform an illegal act, followed by the commission of an overt act for the purpose of advancing or helping the conspiracy.  It is important to understand that the members of the conspiracy can be charged with two separate crimes:

IRS Cracking down on Taxpayer Conspiracies

The IRS has identified two types of taxpayer conspiracies that raise special concern for the government:

The general Federal conspiracy statute, 18 U.S.C. § 371, defines the crime of conspiracy to occur “if two or more persons conspire either to commit any offense against the United States, or to defraud the United States, or any agency thereof in any manner or for any purpose, and one or more of such persons do any act to effect the object of the conspiracy.”  The first clause in 18 U.S.C. § 371 addresses conspiracies to commit tax offenses and the second clause addresses conspiracies to defraud the government.  Conspiracies that relate to the second clause (the “defraud clause”) are known as Klein conspiracies.

Klein conspiracies arise when two or more persons enter into an agreement to defraud or cheat the government by preventing or impairing the IRS from carrying out its lawful functions of computing, assessing and collecting taxes.  When the government uncovers evidence that points to a plan or agreement among persons to deceitfully or dishonestly interfere with the operations of the IRS, a potential Klein conspiracy may exist.  In order to prove the crime and prosecute the conspirators, the government must establish the following elements:

Discuss Your Situation with an Experienced Tax Defense Team

If are being investigated for a tax-related crime or have concerns about a potential conspiracy charge, you should discuss your situation with a skilled tax law team.  The lawyers at Thorn Law Group are highly experienced tax law professionals who can help you deal with the charges you are facing, no matter how serious they may be. We understand what you are going through and have helped clients throughout Virginia and around the globe successfully resolve high stakes tax controversies and disputes with the IRS and other federal agencies. 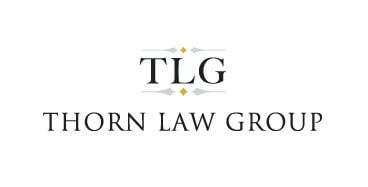